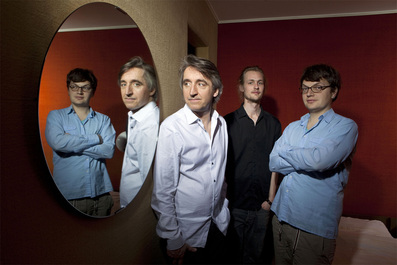 Virtuoso Swiss pianist and  composer Christoph Stiefel has carved a distinctive niche for his trio music  through the utilisation of mediaeval compositional techniques as a basis for contemporary jazz improvisation. In his latest release for Basho Records he develops the concept further by allowing more space for animating jazz rhythms and impressionistic harmonies which represents something of a sea change in his methodology. The album entitled `Big Ship` features in our March CD Review pages and here Stiefel talks about some of his favourite albums and formative musical influences.
Of his favourite albums, Christoph says: 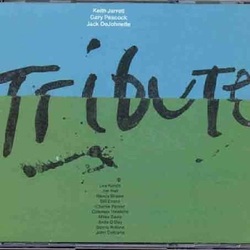 KEITH JARRETT - Tribute
For a long time, Keith Jarrett was not really on my radar. A lot of my friends of course loved the Koln
Concert but I had not really investigated his music. I saw a concert perhaps ten years before this came out and it did not really work for me, not least because the person sitting next to me was constantly interrupting with criticisms and comments! Tribute hit me like a bomb though. The sound of the piano, the rhythmic concepts in both the left and the right hands, the feel of the band – it’s magic! After this, I was lost in Jarrett’s world for many years.

KEITH JARRETT - My Song
This is my favourite recording from either of Jarrett’s quartets. It is a very song based recording, with a little less of the gospel influence that came to dominate on the earlier Belonging.
The playing is unbelievable, and actually demonstrates a very radical approach to the songs. I’ve spent a lot of hours with this album. 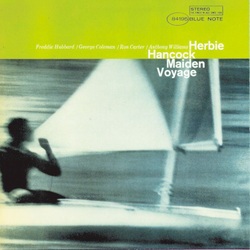 HERBIE HANCOCK - Maiden Voyage
For me, the music on this album creates a space that I always like to go back to. The warm feeling of the title track is such a great and dense atmosphere. Once you’ve heard it, you will never forget it – it goes into your veins and stays there. It’s not only the genius of Hancock and his band members
that we hear though, but also the years of playing in the Miles Davis Quintet (together with Carter and Williams), an important experience and influence on the playing on this record.

Coleman, Hubbard and Hancock are fantastic soloists and they all play in a way that is interesting and challenging but always very relaxed. The rhythm section with Carter and Williams is incredibly burning but can also play with real simplicity when the music demands it.

Herbie is such a big influence for me and the main reason that I got in to jazz. When I was younger, I played Rock n’ Roll, blues and funk. A lot
of the jazz that I had heard was not so exciting rhythmically – a lot of guitarists with very humble sounds. But with Herbie, the rhythm was really
happening! He had this range of colours drawn from jazz but also such strong rhythm and groove. He made me want to study hard and improve as a musician.

HERBIE HANCOCK - Thrust
Thrust is probably the ultimate groove record, with a sound informed by vintage keyboards (Clavinet, Fender Rhodes etc) that I had always played a lot. Then there were the more contemporary synthesisers. Herbie’s style is so unique – there is simply no way to copy it. 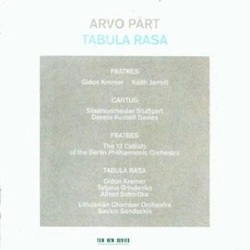 ARVO PART - Tabula Rasa
This is the only classical selection in my playlist, but I was raised surrounded by classical music. My mother was a non-professional classical singer and we all had a classical musical education as children. Something miraculous happens when listening to this. There’s such an essence of total calm, stillness and silence. It’s also really well composed – Part has reduced his writing to an almost extreme extent. It also represents quite a special release in his career, coming after a period where he opted to stop writing for several years. You can really feel his pain in this work – his later material
was never quite as intense.

MILES DAVIS - Compilation 1965-68
This is probably cheating a bit, but since I started reasonably late with jazz (I had my first jazz teacher at the age of 20), I didn’t know or appreciate Miles Davis’ Quintet until even later still. I was one of those people who just did not understand jazz at all – my teacher would play me Giant Steps and I would recoil wondering where the melody was! Once I discovered these recordings, however, I
listened to them solidly for over a year (and nothing else). There was just so much to discover! Wayne Shorter’s playing was a revelation too. Who would want to solo after Miles and Herbie, yet Wayne would start playing and within two seconds he could transport you to an entirely different world. The rhythm section was incredible too, of course. Tony Williams sounded so rough and so mean, but without ever really taking over. Some of the drummers who try to do that now play too loud and leave no space. It was probably the best jazz group of all time. 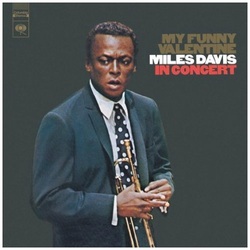 MILES DAVIS - My Funny Valentine
The introduction to ‘My Funny Valentine’ is probably the most extreme example of what can be achieved simply by letting go – it is Miles and Herbie taking full risk, and on a ballad too! It is fragile, but if it’s successful it can be really intense and powerful – it’s definitely not within a comfort zone. If students of the music don’t quite understand how to play freely on a ballad, then this is a great resource for them. The whole album is wonderful of course, but this track and particularly the introduction feelreally special.

KURT ROSENBWIUNKEL - East Coast Love Affair
Kurt is probably an appropriate successor to the early Pat Metheny (before he veered into a world of rich sonics, longer compositions and big live shows). Yet he also has his own approach that is fascinating. East Coast Love Affair is outstanding from the point of view that they are simply
playing standards but are totally relaxed, with Rosenwinkel’s talent and musicality really shining through. Avishai Cohen plays bass and Jorge Rossy plays drums. Jorge plays in an absolutely supportive way, moving through the music like a fish through water. 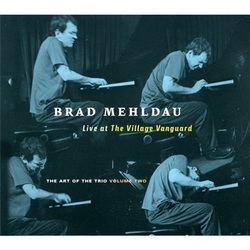 BRAD MEHLDAU - Art of the Trio Volume 2
Brad might be the only real superstar from the younger generation of musicians. Whilst he was still a child, he could basically imitate anyone. When he is inspired, as he is here, you can really enjoy his genius. He has a totally personal way of playing ballads, which is what I enjoy most on this
album.

KENNY WHEELER - Music For Large and Small Ensembles
This was a double CD, so not at all cheap! Nevertheless, I listened to the first ten seconds and knew instantly that I would have to buy it! Kenny Wheeler is a remarkable composer and this is his masterpiece. I love Norma Winstone’s singing and John Taylor is of course one of my favourite piano
players. Stan Sulzmann’s first tenor solo is wonderful too – so beautiful and with a powerful, melodic approach. I feel some personal connection to this music through some of the musicians, as I’ve recorded with Peter Erskine and I studied at some workshops with John Taylor. It has been a big influence on my composing work, particularly with the Isorhythm Orchestra, where I have used vocals as well as horns. The voice gives a special feeling to the whole thing. 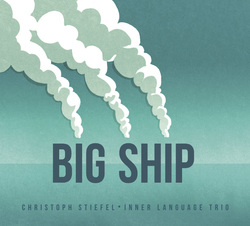 Big Ship is released on Basho Records, and can be purchased from Jazz CDS.
Top of Page