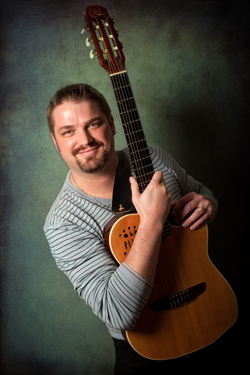 As his two recent CD releases demonstrate, virtuoso guitarist Nicolas Meier is well versed in the   indigenous music of the countries bordering the Mediterranean and detecting with intelligent acuity the parallels that exist between these rhythmically fertile forms and Western jazz he has created a body of work that elevates  fusion to new heights of sophistication. His choice of records gives some indication of the inspiration that has shaped his achievement.

“This is quite a challenge as when I pick 10 albums there's
always another 10 albums which I can add to it... well there's so much great
music, and always more to listen to... Well let's start with the
guitarists: 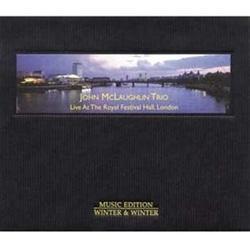 JOHN MCLAUGHLIN TRIO - Live at the Royal Festival Hall
I had the chance to see the Trio playing in Jazz in Juan, in the South of France when I was 15 years old. Jeff Berlin was on bass and Trilok Gurtu on percussions. It was a life changing experience, and this concert happened before the album came out. So it was such a happy moment when it was
recorded in the Royal Festival Hall. Kai Eckhardt is on the album instead of Jeff Berlin. All the sounds that John could make on the acoustic guitar were phenomenal!!! Adding such a diversity of rhythms and sounds from Trilok and the beautiful lyrical playing of Kai, I was in heaven with this album. This is
probably one of the reasons why I can't see any barrier between different
styles of music...

PACO DE LUCIA – Almoraima
My father had this album on LP and I remember being impressed by Paco's presence on the cover. The melodies of Almoraima and Rio Ancho have been always so strong to me and Paco's sound and rhythms so big, that even today, every time I listen to this album, it reminds me that he is the master of the modern flamenco guitar and music. 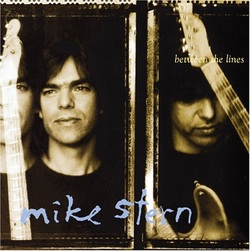 MIKE STERN - Between the Lines
Coming from rock music and learning/listening to Jazz when I was a teenager are probably the reasons why Mike's playing and music were so accessible to me. I always enjoyed that album for it's strong mix of funk, rock, jazz and bebop. Some bluesy but also intricate melodies. Seeing him live
many times, I was always very impressed by his variations from very quiet and soft touch to the most powerful and dense solos!!!!

PAT METHENY - Imaginary Day
It is difficult to choose one of Pat's album as not only is he one of the most creative and exciting guitarist but his composition are so diverse and interesting. On the top of this, having a creative partner like Lyle Mays makes it all even more exciting. I chose Imaginary Day because I was studying hard at Berklee College of Music when it came out, and I kept jamming on it... The diversity of styles and composition ideas between "Imaginary day", 'Follow me", "The heat of the day" and "The roots of
coincidence'" are so vast and at the end they have a common sound throughout. Wonderful! 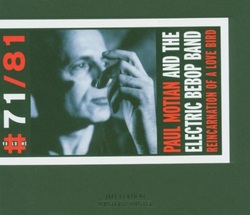 PAUL MOTIAN & THE ELECTRIC BEBOP BAND - Reincarnation of a Love Bird
I also got this album when I was at Berklee. I was studying the music and the playing of Parker, Miles, Monk, Gillespie... Not only was I a fan of Paul Motion's playing, the arrangements of these standards and the interactions between all the incredible band members (Muthspiel and
Rosendwinkel on guitars, Potter and Cheek on saxes) makes this outstanding album so interesting.

CHICK COREA AKOUSTIC BAND/ELECTRIC BAND - Inside Out
I could not choose between the acoustic and electric bands. I received both albums at the same time and it was so exciting to have the same pianist making acoustic and electric sounds! The quality of arrangements and liberty of playing melodies on the acoustic album is superb! The addition of
Eric Marienthal on sax and Frank Gambale on guitar for the electric band make the sound big and powerful. The interaction between piano and drums on Chick's composition "Tale of Daring" has been always one of my highlights. 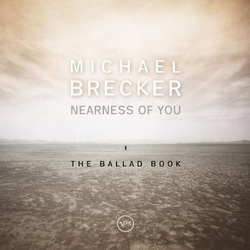 MICHAEL BRECKER - Nearness of You-The Ballad Book
When I saw this album in the record shop, I thought to myself: "Only ballads? This is Michael Brecker, how is this possible?" but until now, it's probably one of the albums I listen the most. Michael made such an impact on me with his lyrical playing and original arrangements of these slow tunes. Very special versions of "Don't let me be lonely tonight" and "The Nearness of You" with James Taylor on vocal.

LACO TAYFA - Hicaz Dolap
Oriental meets Occidental. Laco Tayfa is a band of eight virtuoso musicians lead by clarinetist Husnu Senlendirici. This album is one of the first CD I bought when I travelled first time to Turkey with my wife Songul. It really showed me how diverse Turkish music is. So many exciting rhythms, so many new and different scales, so many sounds and so many new instruments. This opened a
big door for me... 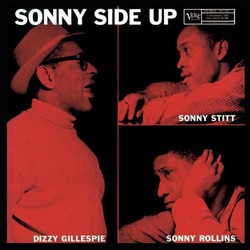 DIZZY GLILLESPIE/SONNY ROLLINS/SONNY STITT - Sonny Side Up
"The Eternal Triangle" is probably my favourite rhythm change. The intensity of the soloing between Sonny Stitt, Sonny Rollins and then Dizzy makes me smile every time I hear the tune. And "On the Sunny Side of the Street" is a standard that I love to play...

RENAUD GARCIA-FONS - Mediterranees
It's only a few years ago that I've been introduced to composer, acoustic bassist and leader Renaud Garcia-Fons. With background in Classical music, Flamenco and Jazz, his interest in Oriental and Balkan music made him really appealing to me. The album uses influence of all types of music around
the Mediterranean with success.
Top of Page