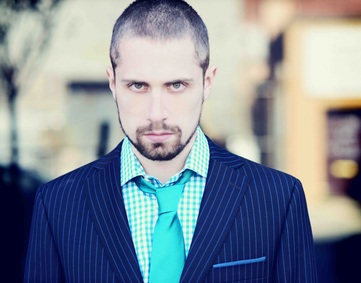 British pianist and composer John Escreet, who has been based in New York since 2006, has just released his fifth album, his first for the recently established Whirlwind Records label, presenting an ambitious suite of pieces that reflect a musical intelligence informed by a mature appreciation of contemporary music in its many stylistic variants. `Sabotage and Celebration` presents music inspired by the tensions
surrounding the 2012 U.S Presidential elections  and in the following playlist Escreet  reveals some of the influences that feed his fertile imagination. 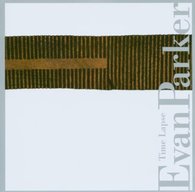 ANJA GARBAREK - Smiling and Waving
I was introduced to this album a few years ago by David Binney. Anja is a vocalist, singer/songwriter and is the daughter of Jan Garbarek. This album from 2001 is full of all kinds of different sounds/textures/moods and really deserves to be listened to, rather than written about. The production is really incredible, combining her voice with electronic sounds, orchestral strings, woodwinds etc. A real mix of ideas, put together in a really unique and successful way. Great compositions, great performance, production and concept. Fantastic album.

EVAN PARKER - Time Lapse
Evan sounds like no other saxophone player. There is so much great music he has put out over the years, but I have been particularly drawn to this relatively recent recording from 2006 on John Zorn's Tzadik label. This is a solo saxophone album, with Evan playing soprano exclusively. He also overdubs himself on some of the tracks, which is fascinating. There is so much emotion and structure within his unique improvisations. Captivating, mesmerizing music. 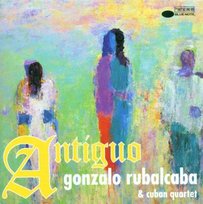 GLENN GOULD - JS Bach, Goldberg Variations (1981 version)
An extremely passionate, daring and controversial interpretation of some of my favourite of Bach's piano music. The clarity of Gould's ideas and of his interpretation is astonishing. His performances and recordings can often be divisive among listeners, as they can be extremely unorthodox, but most of my favourite artists in any genre tend to be unorthodox in some fashion. Gould makes this music his own, stays true to his vision and what comes across is an extremely focused and sincere recording, beautifully interpreted and impeccably executed.

GONZALO RUBALCABA - Antiguo
This is one of Gonzalo's lesser known albums (from 1998 on Blue Note), but it has always been my favorite. Gonzalo can play more piano then most, but that's not what makes this album great. It features his Cuban Quartet from the 90's, which I consider to be his best band. The music is frighteningly complex and heavily thru-composed, yet the band navigates it with ease. Cuban
vocalists are also featured, and Gonzalo plays a bunch of synthesizers as well
as piano. The music is epic and diverse and is conceptually extremely well
developed. I haven't really heard any other music quite like this. 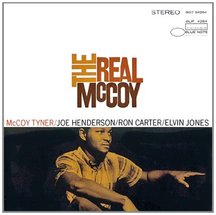 LOUIS COLE and GENEVIEVE ARTADI – Knower
Louis Cole and Genevieve Artadi, aka KNOWER are friends and colleagues of mine based out of LA. They create their own music which can loosely be described as pop. They compose, record and produce everything themselves. Extremely well crafted, detailed and exciting music, great song writing. This is their first collaborative album from 2010, and their sound has certainly developed a lot since then and is very different now, but this is the first thing of theirs that I heard and I listened to it a lot when I first got it.

McCOY TYNER - The Real McCoy
Easily my favourite McCoy album. Another album I wore out in  college and listened to over and over. McCoy is such an important figure in the history of piano. No one played remotely like him before he came along, and he influenced pretty much every piano player that came after him. His influence
cannot be overstated. His compositions on this album are some of his best and most well known. Everyone plays great on this album - Joe Henderson, Ron Carter, Elvin Jones, and McCoy is on fire! 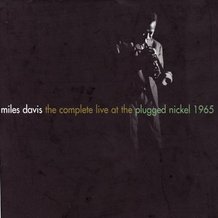 MILES DAVIS – Live At The Plugged Nickel (Box Set)
Miles' great Quintet with Wayne Shorter, Herbie Hancock, Ron Carter and Tony Williams. This box set, recorded live during a couple of nights in 1965 captures everything I love about this group. I got this box set when I was a student in London, and I used to go through it and listen to all 7 discs in order on a regular basis. I was kind of obsessed with it. The music is raw, they are exploring Miles' standard repertoire deeply, and are really pushing it to the limits. They are listening intensely to each other and the music is  always swinging.

PIERRE LAURENT-AIMARD - Ligeti Works for Piano: Etudes, Musica
Ricercata
I have been fascinated with Ligeti's music ever since I heard it The piano works are insane! They are full of overlapping layers and textures,  and almost have the qualities of electronica music or something... yet every note, every articulation and nuance is detailed in the score. This music is extremely difficult to play. Sometimes I attempt to hack my way through the etudes, and it is easily some of the most challenging piano music I have come across. Pierre Laurent-Aimrad executes this music better than most - he specializes in it, and in fact some of the music was written especially for him, with dedications to him by Ligeti in the score. Check out Ligeti's string music too. 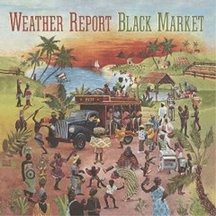 STEVIE WONDER - Songs In The Key Of Life
This is such a great album, it gets me from the very first opening seconds of the choir. One great composition after another - Stevie's song writing skills are pretty much unparalleled in my opinion. And this album was released when he was only 26 years old! The musicians all sound amazing, recorded and produced really well... not much more to say about this album, just check it out!

WEATHER REPORT - Black Market
Yet another album I used to wear out when I was in college. Weather Report have such a unique sound as a group. There is something about the compositions on this album that I love, as with all Weather Report albums, but more so on this album for some reason. The album really feels as if it has
been constructed as a whole, and is a complete listening experience from
beginning to end, something that I think about a lot when making my own albums.
The melodies and the grooves are all very strong, and have a lasting impact.
This album also marks Jaco Pastorious' debut in the group. 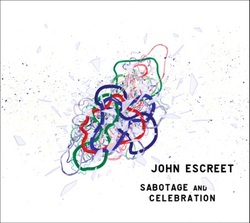